Stockholm 22 October, 2015: A group of about 15 economics and environmentally-engaged professionals met to participate in the Foundation’s first public simulation of dividend-bearing pollutant fees. The idea is to levy fees to  make environmentally bad behaviour expensive and good behaviour cheaper.

In other words, the simulation aims to demonstrate how this market-based  instrument can stimulate the market to invest in sustainable technology to reduce emissions whilst maintaining a robust and stable economy for commercial actors and consumers.

The simulation explores the somewhat challenging territory where economy and environment overlap. The fundamental question is; is it possible to both have a robust economy and manage the environment responsibly at the same time? How do we address the risk that we might bring about a double negative; destroy the environment and valuable resources whilst depleting the economy? 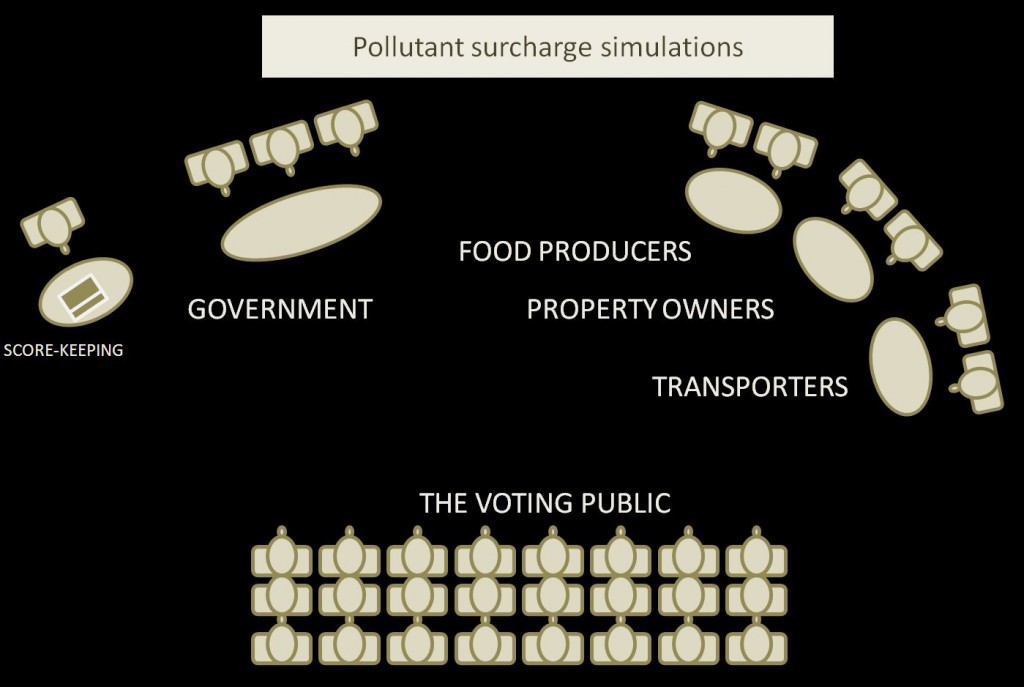 The simulation comprised of four teams and a pre-programmed fifth team – the environmental company. The first team, the government commission, is charged with raising fees on pollutants at regular intervals. The fees are levied as surcharges on usual fees and taxes upon introduction of the pollutant into the country, For example: fossil fuels carry a climate supplement levy on import.

The government commission has the power to redirect the fees levied back into citizens’ pockets via the repayment of a dividend. They decide at each round what percentage of the collected fees to redistribute.

The other three teams represent companies that use inputs causing pollution. As the fees are raised, so does the cost of inputs. These firms are given the choices of raising prices to compensate for increased costs and/or investing in sustainable technology to remove input costs.

The environmental robot to compete against

The fourth team, “company four”, was a ‘robot controlled’ company. The prices were higher, but there were no costs for inputs since the company was already fully invested in circular technology (i.e. extracting raw materials from their own business processes). In the robot-controlled company profits are at a similar level to the other companies.

The decisions of each team are fed into a computer and the results are presented as scores in the form of graphs.

At the end of each “investment round” all participants voted on their confidence in the government.

It was with some excitement that we set about exploring these somewhat controversial issues. We were lucky that we had people with so many different viewpoints in the room, something that ensured a good learning session.

For economists, three examples of  we are trying to avoid is

Nitrogen and phosphorus are both essential to societal processes, but become pollutants when allowed to accumulate in natural systems. The aim is responsible management (reuse and recycle) of these resources.

The government acted decisively, regularly increasing the fees on pollutants. 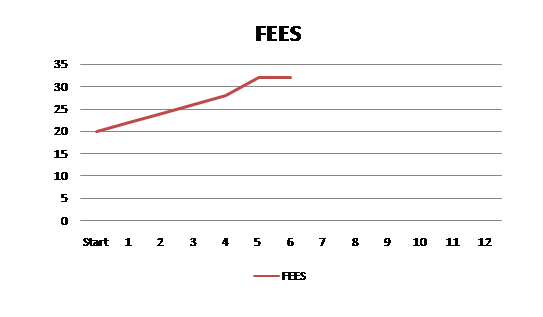 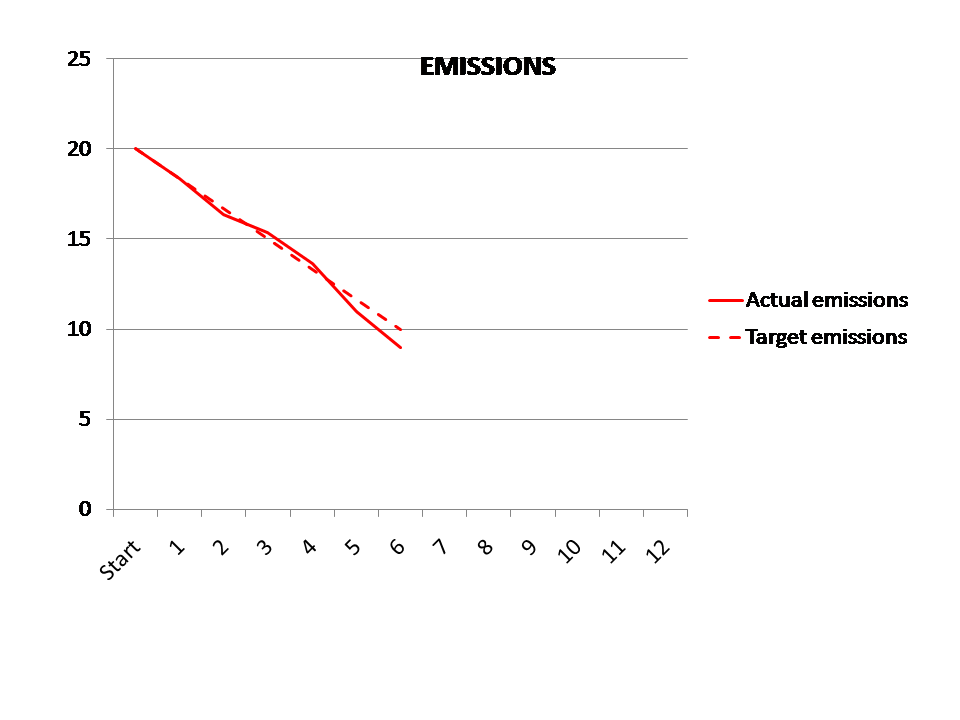 Profits continued to accumulate in all participating companies. 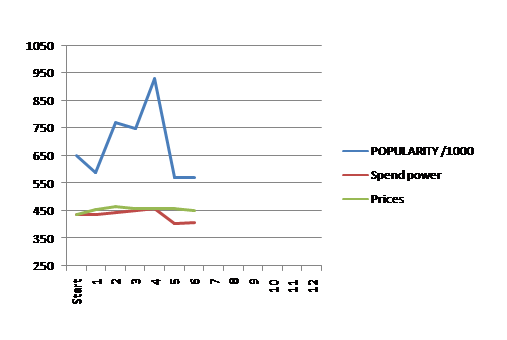 The results graph above shows how popularity rose as emissions fell and the redistribution (repayment) of pollutant fees increased spending power. That is, until the effects of the investments in circular economy reduced import of the pollutant-causing materials. Fees were higher, but as total volume fell so did overall income from fees.

Competition appeared to be working, with companies adjusting prices to gain market share. 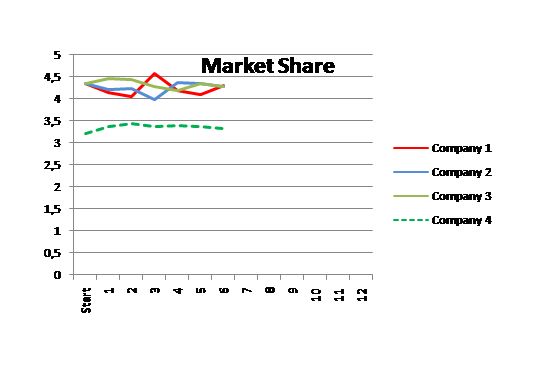 What did we learn?

Things that helped the players fulfil the aim of the simulation:

What can we learn and take away from the workshop?

Levying fees on  introducing potential pollutants into the economy can stimulate the market to manage materials responsibly.

We learnt from the simulation that communication is needed and vital, with an open dialogue, and the creation of trust to develop a culture of non-pollution. Pollutant fees that are flexible and dynamic, bearing a dividend back into the economy could be an important tool and feature of that culture.

We saw the importance of art and culture in the process.

Tax and forget is not a safe strategy. In a dynamic situation it is of great importance to closely monitor the behaviour of the economy and adjust accordingly. The  economic control signals created by a proper use of tools and instruments such as fees and dividends, together with a clear and transparent communication should, however, be sufficient to steer an economy to sustainable circularity.