BERLIN 5 MARCH 2015: As an extra attraction at the 2nd European Sustainable Phosphorus Conference (ESPC2), The Swedish Sustainable Economy Foundation (TSSEF.SE) presented a shortened version of its simulation of divided-bearing pollutant fee mechanisms. The simulation, which is played as a business game scenario, pits a government charged with reducing emissions of phosphorus against food producers and property owners who are charged with following regulations and keeping profits up.

The aim of the simulation is to bring participants up close to the myriad of factors – from technical and legal to emotional – surrounding putting a price on pollution. The simulation is aimed at giving participants an idea of how Environmental Fiscal Reform (EFR) works. The simulation highlights the dividend-bearing pollutant mechanism created by TSSEF. Basically a surcharge is levied as high up in the supply chain as possible on potential pollutants. (Pollutants are also useful substances, just in the wrong form and the wrong place.) Essential to understanding the levy is that it is paid back to taxpayers – to ensure that consumers retain spending power. Download the poster here.

The heart of the simulation is the application of a surcharge on phosphorus import and a supplement to waste water charges. The government team raises the surcharge as the game progresses, making sustainable, non- emitting alternatives more attractive to invest in. They also return some or all of the levy to taxpayers. At the same time, these investments, short- term, cut into profits. Producers can always raise prices, but then they lose market share.

Nearly a dozen conference delegates turned out in a playful mood to see if they could change the world without the economy going under. Five teams formed, two to produce food, two to provide properties and one to play the government. Everyone played the voters. After each round, participants voted on how confident they feel that the government is handling the situation.

The first graph shows how they did in the first 6 rounds: an economy on the way to circularity: imports of phosphorus are below target limits, and emissions are bit above, but definitely on the right path. 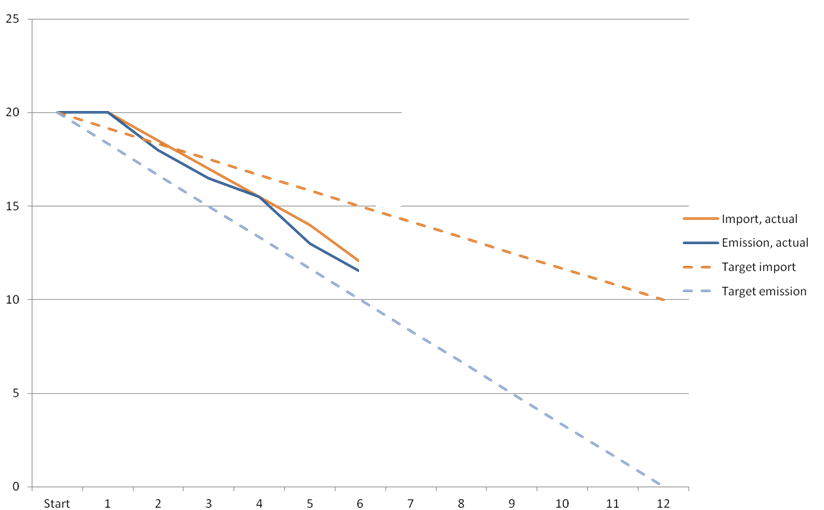 This second graph shows profits: after the initial “hit” where the surcharges are first levied, most teams managed to get back to profitability, some reaching new heights. Popularity took a hit however. The initial jubilation over a government at last doing something about pollution waned as prices rose and targets were not met. Interestingly, popularity took a dive as profits rose. 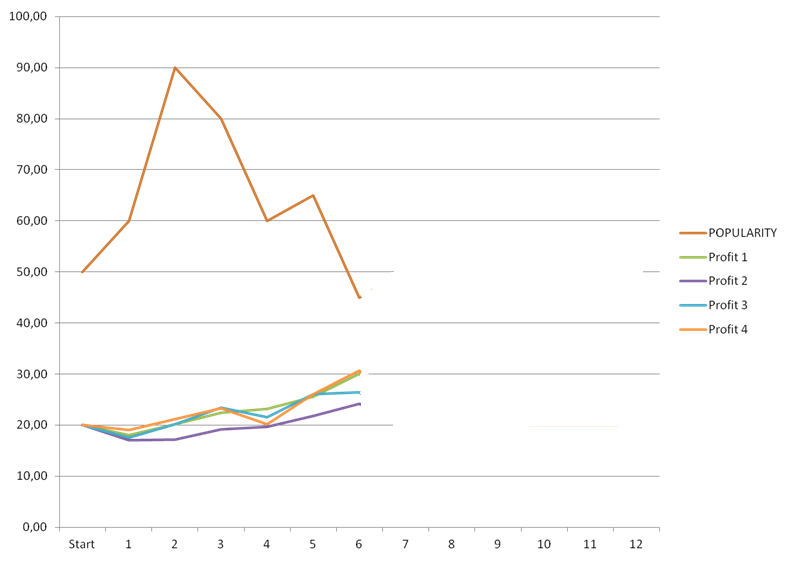 This last graph shows how the flood of money into the economy – from levies collected on imports and emissions – increased spending power initially. This might have accounted for the increases in popularity of the government. As firms invested in clean-tech, the levies fell off and although prices rose, spending power actually fell. 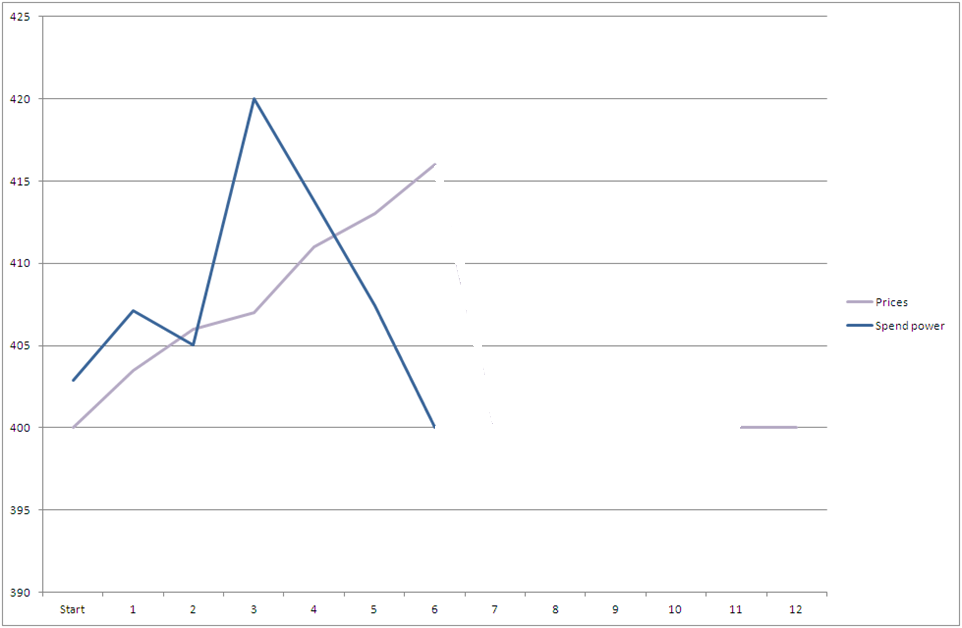 It is easy to see, even with such a simplified approach as we chose in the game, that changing costs and spending power requires careful responses from firms if they are not lose profits and government action ends up damaging the economy in general. On the other hand, by entering into the situation where levies are unstable (rather like the way interest rates are set) a dynamic situation is created where the whole market focuses on pollution. That, if anything, is a good result!