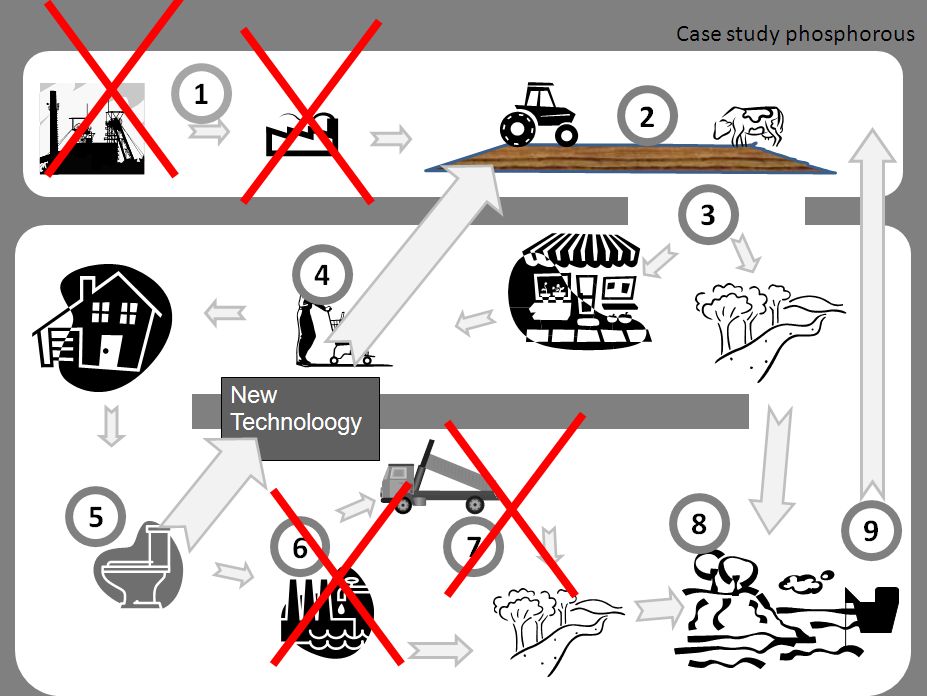 A recent report issued by the Swedish Sustainable Economy Foundation proposes putting a fee on phosphorus and nitrogen imports in order to stimulate the economy to run clean and protect the Baltic Sea. The Foundations calls it the Flexible Pollutant Fee Mechanism (flex fees). Although a fee will make some food more expensive, paradoxically the Foundation claims that the economy will be stimulated. More jobs, green ones at that, will be created as the Foundation proposes that the fees collected are returned to the economy stimulating the demand for green technology and new jobs. Compared to Cap and Trade, the Foundation sees flex fees as being a more effective way to price pollution.

Flexible pollutant fees are set at a medium level and raised at regular intervals until the market responds by reducing pollution. It is the market response that dictates the speed of abatement.

The report highlights two very modern approaches: control engineering of the economy, and replacing a linear engineering approach to agriculture and waste management with the circular economy.  Control engineering is the science of controlling systems so they perfume the function intended. The Foundation demonstrates that if the intention is for society to have zero emissions of nutrients like phosphorus and nitrogen into the sea, then economic systems can be designed to ensure just that. Economic incentives can be designed and put into place to stimulate the market to introduce solutions. The technology happens to be available, (some of it leading edge Swedish technology).

This technology creates a continuous cycle of nutrients, eliminating the need for imports, hence the concept of the circular economy.

Comparing the Swedish Nature Protection Agency’s own proposals for capping and trading phosphorus and nitrogen the Foundation’s report concludes that it is better to limit the pollutant from entering the economy in the first place (upstream) rather than using economic incentives downstream. It also concludes that the flexible nature of the mechanism, raising the import fee just enough to stimulate change but not enough to destroy businesses overnight, is ultimately more beneficial to the economy. Combined with the general repayment of collected fees, the Foundation concludes that raising fees in a dynamic way is a more effective way to discover the price of pollution than letting emissions rights be traded.

There is a growing sense of urgency, from the realization that phosphorus supplies may only last 30 years to the recent IPCC report on climate change to the work done by the Stockholm Environmental Institute showing that three planetary boundaries have already been breached. With this sense of urgency, calls are being made for the economic system to better serve the transition to a sustainable economy.

The Nordic Council of Ministers recently published a comprehensive report  (see the link here http://www.norden.org/en/publications/publikationer/2014-512) comparing the Foundation’s Flexible Fee approach with Cap and Trade in the specific area of phosphorus and nitrogen emissions. The Study comes some way but more research is needed. One factor that may have been under-estimated in framing the study was that each approach is aimed at different objectives, views pollution differently and handles the money collected from the fee differently. The two approaches view the role of the market differently, as well as the role of economic incentives

The two studies view economic technology differently too. Whist Cap and Trade relies on adjusting limits every five year, Flexible Fees relies on frequent updates of collected market information, and frequent changes in tariffs. This is only possible with the digital economy, and it is the digital economy, according to Flexible Fees, that enables the economy to be controlled. The need still remains for further investigation into the potential of power of the market place, rather than regulation, to solve pollution.

There is a growing sense of urgency, from the realization that phosphorus supplies may only last 30 years to the recent IPCC report on climate change to the work done by the Stockholm Environmental Institute showing that three planetary boundaries have already been breached. With this sense of urgency, calls are being made for the economic system to better serve the transition to a sustainable economy.

We hope that this study stimulates researchers to look further into the issues raised, and we hope it stimulates policy makers to seek more practical studies and pilot cases.

Other insights from the report:

The 2014 edition of the report Brief_PhosphorousRD5